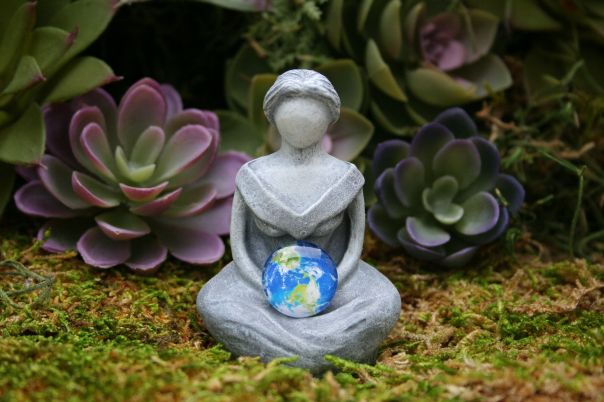 For a long long time, almost billions of years, humanity has been putting its burden on the earth. Human population has been growing enormously without realizing that each person has to utilize the earth’s resources to sustain for his/her entire life.

The earth has been giving and giving more each single day to humanity and all the other thousands of species that exist on the earth.

Whenever a huge epidemic or a tornado or tsunami etc strikes the earth, killing thousands of people, it’s like the earth telling us to STOP! Stop overutilizing the earth’s resources and REPLENISH MORE than what we use. GIVE BACK more than we consume. We always assume that “Earth can handle this” and keep doing bad things on the earth but there comes a day when the earth says, “No, I cannot handle this anymore!”

Nature tells us that unless we care for nature, it can not and will not take care of us. It has the authority to Stop giving us all that we have been getting from it any day and that will be the end of humanity.

It has happened before when asteroids have struck the earth wiping out all traces of humanity and it can happen again if we don’t respect the EARTH.

We have to stop all malpractices against the earth, against wildlife, animals, human beings, children and society. We have to consume as much as we need and not hoard things for future use.

We have to stay united in this world and not fight in the name of religion and other prejudices that divide us.

We have to practice cleanliness, personal hygiene and good sanitation habits coz after all we are also made up of the five elements of the earth.

We have to learn from our scriptures and ancient literature and practice good living practices.

The earth is the source of all life. It given breath to every being and it can take everyone’s breath away in a flash of a second.

That’s the power of nature, only if we are able to realize it.

Stop greed. stop violence. stop fighting and live peacefully with each other. Use only what u need and give back to this earth. The earth needs our support more than ever.